The best pizza served to the table

Extraordinary pizza isn’t that difficult to find in New York City. The availability of a great pizza, in so many neighborhoods and at nearly any hour of the day, is one of this city’s finest attributes. While not every single fluorescent-lit, orange plastic booth-filled, neighborhood operation will impress, there’s a plethora of places for a magnificent slice.

But sometimes, a fancier pizza experience is preferable to a quick, satiating snack, eaten on a paper plate while standing up.  A mid-week meal just slightly fancier than sweats with family, friends or a date.  Xperiorlist took the streets of NYC to discover these great sit-down pizza places.

There’s an UWS outpost of the excellent pizza place that Mathieu Palombino opened up in the East Village in 2016, which serves up the same airy Neapolitan pies in Williamsburg, too; there are also a handful of locations in Asia. The soppresata and brussels sprouts pies are highlights, and aside from pizza, there are apps like meatballs, baked clams, and roasted artichoke on offer. 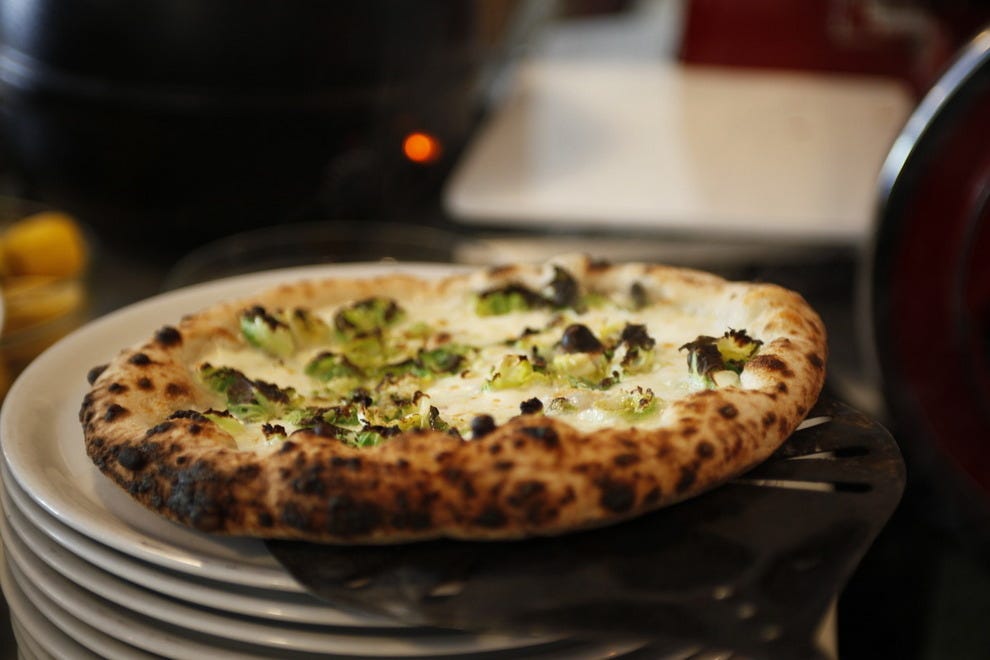 This West Village joint, opened in 2013, is an offshoot of a Westhampton pizzeria. Head here for wood-fired pies, particularly the clam pie, one of the best versions available in NYC. The margherita and Brussels sprouts pies are strong choices, too, and can be enjoyed in the garden out back.

The celebrated Staten Island pizza stalwart, open since 1960, has made its extra-crunchy, mozzarella-laden thin-crust pies available in the East Village. Co-owned by Casey Pappalardo, his father, and two uncles, the family-run place opened its first Manhattan location in spiffier digs than the original Joe & Pat’s – here, there are wood tables, a full bar, and real plates instead of paper ones. In addition to pizza, expect well-executed takes on classic dishes like chicken parm and shrimp scampi. 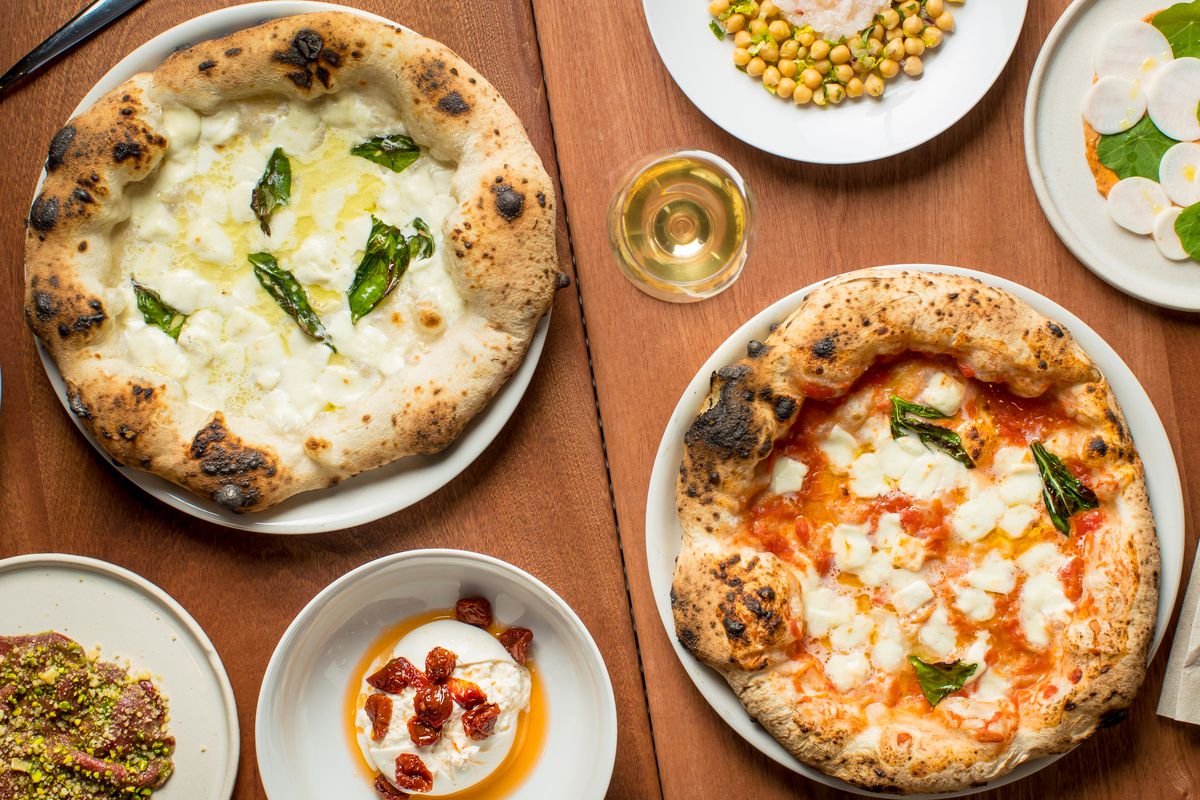 Chef-owner Giuseppe Manco turns out critically lauded Roman-style pies at this East Village place which debuted at the beginning of 2018. He focuses on Rome’s teglia, a.k.a. pan pizza with an airy crust, made from dough that undergoes a lengthy fermentation period — go for the carbonara version. Pastas and pinsas, or thin flatbreads made from the same dough, are also on offer. The snug, simple space with painted brick walls and exposed bulbs houses a handful of tables; there’s also a Midtown East location with more bare-bones decor, better suited for a takeout slice or two. This well-worn, wooden booth-lined place is one of the city’s oldest and justifiably famous pizzerias, opened in 1929 by John Sasso, an alum of Lombardi’s (like the founders of Patsy’s and Totonno’s). John’s serves its expertly charred coal-oven variety, which remains a faithful version of classic NY-style pizza, strictly by the pie. Try a plain pie, generously topped with sauce and cheese, or minimally accessorize with one of the traditional toppings available, like mushrooms. Prepare to wait in line. 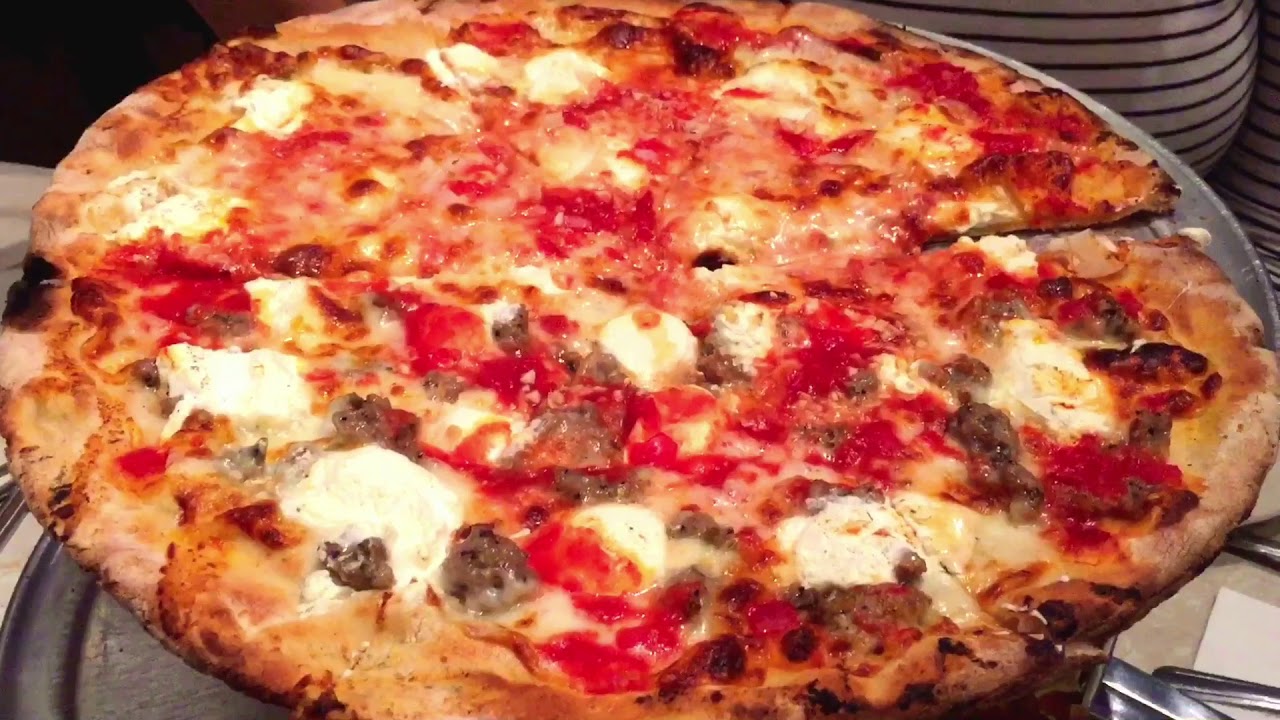 We are NO ordinary business listing site.  Get listed Today!

This website uses cookies to improve your experience while you navigate through the website. Out of these, the cookies that are categorized as necessary are stored on your browser as they are essential for the working of basic functionalities of the website. We also use third-party cookies that help us analyze and understand how you use this website. These cookies will be stored in your browser only with your consent. You also have the option to opt-out of these cookies. But opting out of some of these cookies may affect your browsing experience.
Necessary Always Enabled
Necessary cookies are absolutely essential for the website to function properly. This category only includes cookies that ensures basic functionalities and security features of the website. These cookies do not store any personal information.
Non-necessary
Any cookies that may not be particularly necessary for the website to function and is used specifically to collect user personal data via analytics, ads, other embedded contents are termed as non-necessary cookies. It is mandatory to procure user consent prior to running these cookies on your website.
SAVE & ACCEPT