Newport Beach on the California

Newport Beach on the Californian Riviera may be by the seaside but it is as far away from a budget bucket and spades brigade as can be.

The opulent, refined town of Newport Beach with it’s 10 miles of waterfront along the Pacific Ocean, may be by the seaside but it is as far away from a budget bucket and spades brigade as can be. You’ll find it in Orange County along the sparkling and highly manicured Californian Riviera just a short drive from John Wayne airport.

Newport Beach still exudes some of that old-time Hollywood feeling, and one way to capture it is through the history of its past resident celebrity greats and their amazing waterside homes, is by Duffy boat.

Must take a Duffy tour 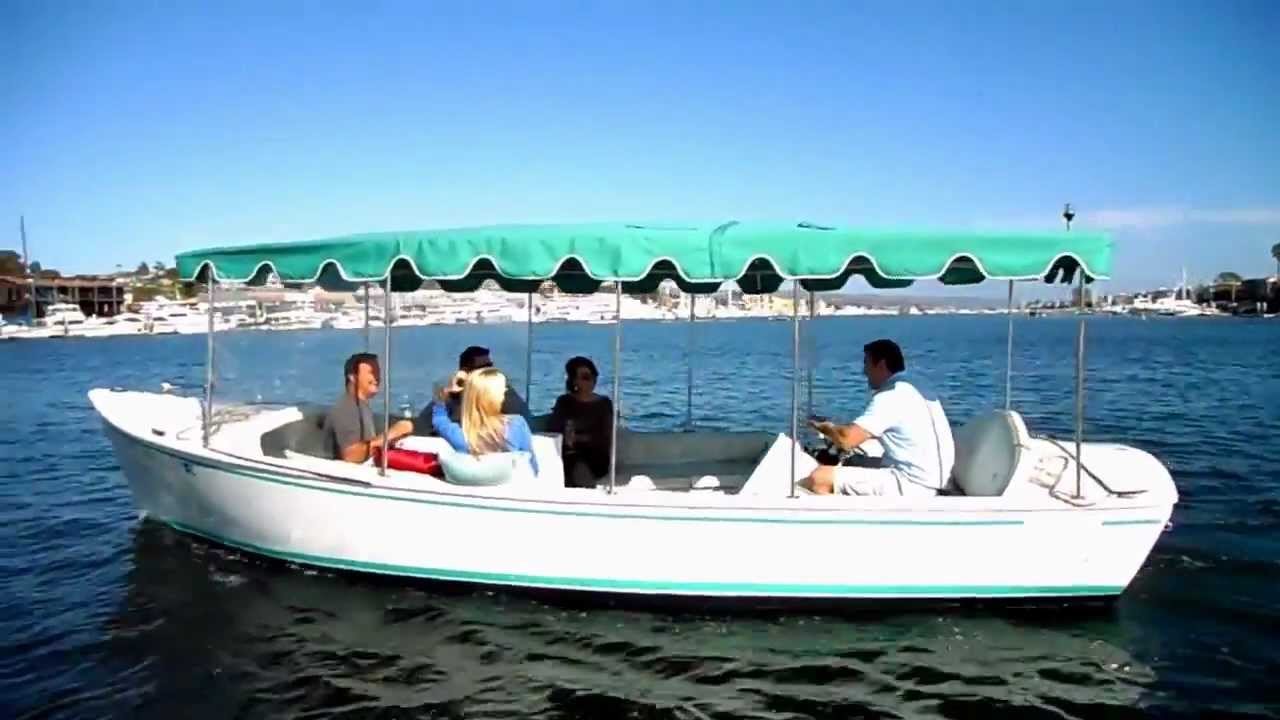 The waterfront at Balboa village has a carnival style Amusement Area with its own colourful ferris wheel that marks out where you can pick up a Duffy boat to tour the harbour. These blue-topped open-sided boats are a quaint type of quiet bay or lake cruiser powered entirely by electricity and I can report, are great fun to manoeuvre.

Our guide, Carolyn Clark, pointed out the celebrity homes as we smoothly glided over the sun speckled harbour water: “That’s where Johne Wayne once lived,” she said nodding her head to a surprislngly unpretentious house on the water’s edge facing Balboa Is­land. “That’s where Shirley Temple lived – the house at the closest point to the Coast Guard Beach where the peninsula ‘bends’,” adding that the child star was named the first “Miss Newport Beach” at the age of 13. The original house was torn down and replaced by a beautiful home made of stone, glass, and wood.

It was a long list of stars and anecdotes that included Michelle Pfeiffer, Candace Bergen, Chuck Norris, Jay Leno and Nicholas Cage who famously fled Newport after a break in.

Must shop at Fashion Island

On dry land it’s all about the shopping. For those with deep pockets, Fashion Island is pretty stylish with its collection of 200 high end shops such as Neiman Marcus, Bloomingdale’s, Urban Decay and Macy’s – you get the picture. It’s a pretty environment, fantastic designer shops with great views.

For a more quirky shopping experience I ventured through the streets along the town’s coast even taking a ferry to Balboa Island to check out the scene comign back with jerky from the Balboa Nut Company and some T-shirt souvenirs from the slightly cramped and slightly chaotic Pier Shop. And some sunscreen.

Must walk along Balboa Pier

Sun screen in hand, I headed for the Balboa Pier Beach and its beautiful sand dunes. It’s easy and cheap to park close to the beach and you can of course pitch up and sunbathe but, you can also see views without getting sandy – as I did. The pier stretches 920 feet along the blue waters of the Pacific ocean. It’s dotted with locals fishing for who-know-what – mackerel I think.

Certainly I didn’t see anything being caught during the couple of hours that it took me to saunter along its length. I nipped into Ruby’s restaurant at the end of the pier for a cuppa and headed back again stopping to rest on the benches simply to look at the view and the beach lovers splashing around or surfing.

Crystal Cove is a hidden arc of beach just off the Pacific Coast Highway. It is famous for two things: The first is for having featured in “Beaches” Hollywood blockbuster starring Bette Midler. I cried while watching that film and standing close to the white-washed villa that featured in it, I could recall the emotional scene.